During the first week of June, according to CBC News, the University of Calgary became a victim of a ransomware cyber attack. A ransom note was left when the University first detected an encryption on their computer network. The amount requested for the method of decryption was $20,000, which was eventually paid to the attacker on June 7th, 2016. The encryption meant that their students and researchers would not be able to access any of their important files, so long as the ransom was not paid, in order to receive the decryption key. END_OF_DOCUMENT_TOKEN_TO_BE_REPLACED

Last week, we published an article explaining why proper business data protection should be taken seriously in this day and age. Today, I will dig a little deeper and go over 4 main questions every business executive should ask him/herself in order to assess if their current backup and recovery process and solution are effective and complete to reduce or even eliminate downtime. END_OF_DOCUMENT_TOKEN_TO_BE_REPLACED

We’ve compiled a list of our most read and shared blog posts in 2015. These posts cover tons of different topics ranging from EDI communication to Productivity Apps to ERP Implementations to IT Business Tools.

This article really touched upon the negative experiences of ERP implementations at businesses. It goes on to answer the question: “Why do companies have such terrible software implementation experiences?” Our experts’ conclusion was that either their ERP Provider is only providing them with half-truths about implementations to sell their own products OR business executives make their own assumptions and do not do the proper research required beforehand. Getting the RIGHT and TRUTHFUL information from IT Providers as well as doing your own research on implementations is absolutely critical. Read more to get the real story behind those false statements about ERP Implementations. END_OF_DOCUMENT_TOKEN_TO_BE_REPLACED

Traditionally, Small Business and Business Continuity do not go in the same sentence. Disaster Recovery and Business Continuity plans and solutions were typically designed and offered to larger enterprises. These solutions were simply out of reach for the smaller players. However, just like many other software systems on the market, we are seeing big changes in accessibility and affordability due to the emergence of the cloud and new technologies. END_OF_DOCUMENT_TOKEN_TO_BE_REPLACED

Ever wonder how exactly your Business Continuity solution will work if your system goes down or if there is a fire or flood in your building and destroys all your company’s IT infrastructure. We give you a brief overview of how it works and how you can be up and running in no time with QBR (Quick Backup Recovery). For more information, visit our QBR website. END_OF_DOCUMENT_TOKEN_TO_BE_REPLACED 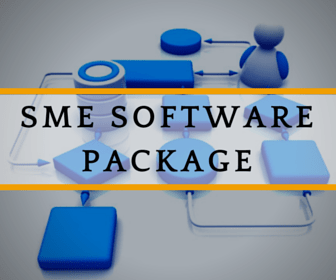 In today’s business world, many Small & Medium Enterprises are equipping their team with the very best in order to fuel growth, easily overcome challenges or changes in the industry, maximize transparency and go head-to-head with their much larger competitors. Sometimes, a small business can have the best, most dedicated, hardworking team but the worst software systems. This team won’t be able to perform to their full potential. They’ll most likely feel frustrated at the roadblocks they face due to their office technology, where errors and miscommunication tend to arise. Your team should be working with the best IT business solutions to maximize efficiency and to build a solid foundation for success and growth. Here’s how to do it END_OF_DOCUMENT_TOKEN_TO_BE_REPLACED

Today’s infographic provides brief descriptions of the many parts of a complete Business Continuity Plan. It’s time you protect your business from downtime BEFORE a disaster occurs.

We know that Business Continuity solutions are relatively new for many business people. Traditional methods to data backup and restore have been tapes and drives. These are now being replaced with software solutions that can perform on-site backups through virtualization as well as off-site backups to the ‘cloud’, without any manual intervention. On top of this, restoration can take hours rather than days.

Quick Backup Recovery, also known as QBR, is the latest in the Business Continuity world. Before this solution, businesses were using traditional data backup and restore, which normally consisted of tape drives and storage devices. Unfortunately, there are many problems that businesses can encounter with these traditional methods

Scroll to top
This website uses cookies to improve your experience. We'll assume you're ok with this, but you can opt-out if you wish. Cookie SettingsRead MoreAccept
Manage consent

This website uses cookies to improve your experience while you navigate through the website. Out of these, the cookies that are categorized as necessary are stored on your browser as they are essential for the working of basic functionalities of the website. We also use third-party cookies that help us analyze and understand how you use this website. These cookies will be stored in your browser only with your consent. You also have the option to opt-out of these cookies. But opting out of some of these cookies may affect your browsing experience.
SAVE & ACCEPT